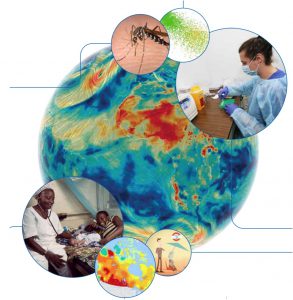 PlanAdapt has been selected to contribute to the SENSES project implemented by the Potsdam-Institute for Climate Impact Research (PIK), the International Institute for Applied Systems Analysis (IIASA), University of Applied Sciences Potsdam (FHP), Wageningen University (Wageningen UR), Stockholm Environment Institute (SEI). SENSES stands for “Climate Change ScENario SErviceS: Mapping the future”. It is funded as part of the “European Research Area for Climate Services” (so-called ERA4CS) under the European Union’s Horizon 2020 Framework Program. With the development of a new generation of climate change scenarios for informing the 6th Assessment Cycle of the IPCC and the implementation of the Paris Agreement, there is a renewed need to make climate change scenarios better accessible to decision-makers and stakeholders. The overarching goal of the SENSES project is to develop tools and approaches to make the new generation of climate change scenarios an integral part of climate services.

These tools and approaches will be combined to a tailor-made, user-determined Climate Scenario Toolkit including a unique collection of user-centered scenario visualization tools and co-creation techniques for three user groups: (a) national and international climate policy-makers; (b) regional climate scenario users, and (c) businesses, particularly financial businesses.

So far, scenario analysis enjoys only limited use in adaptation planning in both, the public and the private sector. According to Vailles and Métivier (2019) by the Insitute for Climate Economics: