PlanAdapt > About Us > Our Team > Stephanie Austin 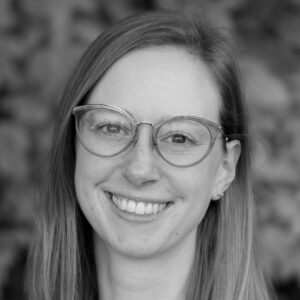 Stephanie is a PlanAdapt network member and a previous PlanAdapt Fellow, based in Munich, Germany.

Stephanie is passionate about enabling climate change adaptation and resilience through knowledge brokering, education and research. Since 2014 she has developed experience researching, studying, and working on various aspects of adaptation, including climate services, capacity building, policy analysis, adaptation tracking, public health, and infrastructure. She is currently an independent consultant, engaging with organizations including UNDP, GIZ and NIRAS-IP on training, e-learning, climate-proofing infrastructure, resilience in the Asia-Pacific region, adaptation in the NDCs, and peer-learning exchanges. Stephanie previously worked as a Policy Advisor for the Government of Canada’s Canadian Centre for Climate Services, where she led work on training to enhance Canadians’ abilities to consider climate information in their decision-making. She also previously worked as Project Lead for the Tracking Adaptation to Climate Change Consortium (TRAC3) at McGill University and Wageningen University, where she led contracts for Health Canada and the Public Health Agency of Canada on climate change adaptation in the health sector and contributed to research on adaptation policy, adaptation tracking and city-level adaptation (the full list of publications is available on Google Scholar).

Stephanie holds a Master of Arts degree in Geography from McGill University. Her Master’s research examined intergovernmental relations for public health adaptation to climate change in Canada and Germany. She also holds a Bachelor of Arts degree (Joint Honours) in International Development Studies and Geography from McGill University. As part of her undergraduate studies, Stephanie interned in the livelihoods team of the Association for India’s Development (AID India) in Chennai, India. She is fluent in English and French and is learning German.