Climate Justice, Knowledge Brokering and Capacity Development – How Does That Fit Together?

At the Second Gobeshona Global Conference, PlanAdapt hosted a networking session on the topic of Climate Justice, Knowledge Brokering, and Capacity Development. 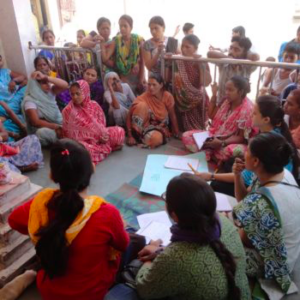 The session began with an introduction to PlanAdapt and how we work in knowledge brokering and promoting climate justice. Our Managing Director, Martin Rokitzki, explained how we aim to move adaptation knowledge beyond academic and expert realms towards the people who need it most, via knowledge brokering, action-oriented research, and capacity development. We further discussed how notions of meaningful participation, local ownership, and self-governance are central to climate justice. Too often, knowledge has been ‘injected’ from an external source to catalyze social change. However, this approach has often failed, highlighting the importance of understanding how power dynamics can shape interactions and decision-making processes.

PlanAdapt’s Climate Co-Adaptation Lab was showcased as our unique approach to innovation, collaboration, and trust-building in the arena of climate change adaptation and risk management. The Lab is positioned as a transdisciplinary and intercultural space for independent researchers, experts, and consultants to design economically just and socially inclusive solutions to some of the most pressing societal issues.

We used the topics discussed in our introduction as a platform to open the concept of climate justice and one of its essential pillars, procedural justice. In academic circles, climate justice has been pushed to the sidelines in favor of framing adaptation as a field of technical expertise which involves large-scale climatic models and aggregated statistics. This framing overlooks the complex politics surrounding adaptation while also neglecting the vital considerations around ‘how’ we support adaptation – in essence, the methods, practices, and procedures that shape adaptation projects and outcomes (Procedural Justice). 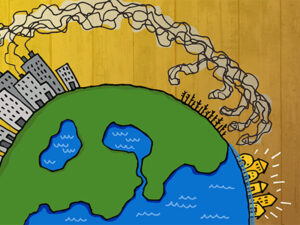 Opening the Floor – Whose Justice?

Keen to engage with our participants, we curated a space using smaller breakout groups to enable people to share their thoughts on overcoming potential barriers to procedural justice. Again, issues relating to current models of implementation were brought forward, including funding challenges and the participation of local communities.

In the concluding session, a discussion was sparked around the methods through which knowledge is disseminated and how (social) change is brought about. Points were raised about how cultural factors play a huge role in knowledge transfer and capacity development. Participants shared that there is often resistance from local communities to accept radical and transformational change from an external source. In this context, we started to think about how ‘external’ and local views of justice may differ considerably, directing us back to questions like ‘who decides what justice is or what could justice look like in a particular context?’.

The session facilitated reflections on the various procedural injustices that we see and have encountered under the current paradigm. There is evidently an ambition from many for work on climate change and development to move towards a new dimension where justice is at the forefront, rather than at the sidelines. It is not enough to be a climate justice advocate; it is time for people to be climate justice ‘implementers’. We have a responsibility to use the opportunities available to us as actors in this space to ensure that we put justice at the centre of our procedures and interactions with others, including in how we facilitate participation and support decision-making.

by Carys Richards and Anand Menon