PlanAdapt > About Us > Our Team > Lingaraj Jayaprakash 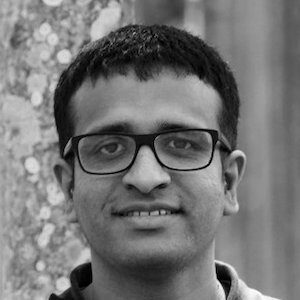 Lingaraj is a PlanAdapt Fellow, based in between Montreal, Canada and Bangalore, India.

Lingaraj has a professional experience of over eleven years working on climate change adaptation issues in the Global South. He is an environmental social scientist by training and employs concepts and tools from public policy, systems thinking and natural resources governance. He is currently consulting with the Development Research Group of the World Bank and was previously associated with McGill University in Canada, TERI (The Energy and Resources Institute) and UNESCO Social and Human Sciences Division. He has also been an Adaptation Fellow at MIT Climate Co-Labs. Lingaraj’s work is community-based and participatory in nature, that works across the science-policy divide and involves researchers, scientists, community, decision-makers.

He has co-led and worked on a range of research and implementation projects around climate change adaptation and sustainable development for funders such as the World-bank, the Asian Development Bank, Research Council of Norway, UK Department For International Development (DFID), European Union Framework Program 7, Rockefeller foundation, as well as many government agencies of India. He has been part of teams that drafted the sub-national climate change action plans in India. He has designed and led a number of field-based capacity building programs on climate change with participants from over 20 countries including Nepal, Bangladesh, Bhutan, Pakistan, Small Island Nation States such as Fiji, Kiribati among others.