PlanAdapt > About Us > Our Team > Dipankar Aich 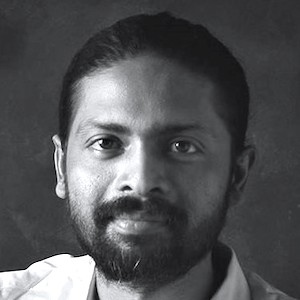 Dipankar is a part-time member of PlanAdapt’s Coordination Hub and a PlanAdapt Fellow.

Dipankar’s experience spans over fifteen years in ten Asian and European countries in developing, managing and coordinating high-value and complex multi-stakeholder projects with organisations such as IUCN, GIZ, Oxfam, ActionAid, UNEP and UNODC. With a diverse professional background, his current focus area is in the confluence of biodiversity, people and natural resources working at the interface of policy-practice-research. Notably, he led the technical team in formulating the first ever draft of the national Sectoral Action Plan – Environment and Climate Change for the government of Bangladesh with GIZ. Additionally, he also led the design and research of a globally oriented study on mainstreaming Ecosystem-based Adaptation (EbA) in Integrated Water Resource Management (IWRM) with GIZ in Germany.

Dipankar coordinated, managed and assisted in developing bilateral and regional water diplomacy projects like the Ecosystems for Life (E4L) and BRIDGE GBM with IUCN. He has been involved in the development phase of the South Asian transboundary water project TROSA while working as the water focal with IUCN in Bangladesh (that is being currently implemented). Later, in 2018, he led the assessment of capacity development needs of the civil society organisations working in the transboundary water sector in Bangladesh under the TROSA project. Previously, Dipankar co-managed national chapters of international campaigns like the ActionAid International’s HungerFree and the Who Pays Campaign on issues of food rights and women’s rights and livelihoods that were taken to parliamentary processes in the UK. Through these Dipankar has designed, facilitated and/or coordinated over a hundred national, regional and international workshops, seminars, dialogues and negotiations.

Dipankar contributed to PlanAdapt’s work in the following projects and initiatives: