PlanAdapt > Latest News / Blog > Environment > COP26 in Glasgow – What’s In It for the Most Vulnerable? The Outcomes in View of Climate Adaptation and Loss & Damage 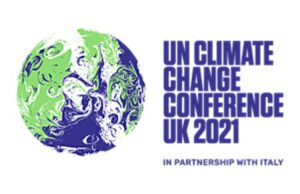 COP26 in Glasgow – What’s In It for the Most Vulnerable? The Outcomes in View of Climate Adaptation and Loss & Damage

At PlanAdapt, we pay close attention to the political landscape around adaptation, meaning that it is impossible to escape the whirlwind that is COP26. In the aftermath of COP26, we have been carefully digesting our own thoughts on the outcomes, and reading the blogs, press releases and social media posts from our friends, partners and players within the adaptation space. Here are some reflections on adaptation, and loss & damage at COP26:

UNEP published a statement outlining its views on the outcomes of COP26 for adaptation and loss and damage, suggesting that COP26 has been a success for:

The Glasgow Climate Pact made steps towards resolving the ‘adaptation gap’, the vast difference between adaptation needs, and finance available for adaptation. UNEP’s 2021 Adaptation Gap Report, published at the onset of COP26, set out that the costs of adaptation for developing countries will be between $140 – 300 billion annually up to 2030 and it predicts these costs to rise to $280 – 500 billion annually by 2050.

The Glasgow Climate Pact includes a commitment from developed countries to double their adaptation funding for developing countries from 2019 levels by 2025. This means a boost from an estimated $20 billion in 2019 to $40 billion annually by 2025, which UNEP says is “widely viewed as one of COP26’s successes”.

Over $450 million was announced for “locally-led adaptation”, with the Adaptation Fund raising $356 million in new pledges. Donors also pledged $413 million to the Global Environment Facility’s Least Developed Countries Fund (LDCF), where funding is targeted towards the most climate vulnerable and least developed countries. As expected, this increase in funding has been warmly welcomed.

Finally (and Officially) Putting Loss & Damage on the Agenda

Closely related to adaptation is loss & damage which is a polarising topic depending on your perspective. The views range from seeing loss & damage as requiring compensation from developed countries for their responsibility for greenhouse gas emissions towards developing countries, to interpreting this compensation as more of a “solidarity fund” than financial commitment. In essence, loss & damage is central to calls for climate justice.

The G77 plus China, who represent 85% of the global population proposed the development of a ‘Glasgow Loss and Damage Facility’, which would coordinate financial compensation to climate-vulnerable countries. Despite making it into early drafts of the Glasgow Climate Pact, following several interventions from developed countries, the proposal was scaled back to a commitment to a ‘Glasgow Dialogue’ on loss & damage. The official inclusion of loss & damage into the Glasgow Climate Pact, after years of it bubbling under the surface of climate negotiations has been seen as a success of COP26.

The major COP26 news has undoubtedly revolved around mitigation, with the Glasgow Climate Pact just about keeping alive the ambition to keep global warming to below 1.5C. COP26 has raised the profile of adaptation, garnered commitments to increase adaptation finance and proposed new initiatives to catalyse adaptation action.

While any commitment to increase adaptation finance is welcome, there is clearly a long way to go to provide the level of funding needed to address increasing adaptation needs. In 2009, developed countries committed to mobilise $100 billion per year by 2020 to support adaptation in developing countries. Developed countries also failed to meet that goal in 2020, and it looks like there will continue to be a significant shortfall in adaptation finance. Furthermore, another climate justice issue that is yet to be resolved is whether this finance will be delivered in the form of loans or grants, a decision which has huge bearing on the capacities of climate-vulnerable countries to adapt.

We welcome the endorsement of locally-led adaptation but we feel that this must go beyond just directing finance towards adaptation projects and community-based adaptation initiatives. Support for locally-led adaptation must go together with shifting legal frameworks, improving access to finance & insurance, innovating approaches that enable meaningful stakeholder participation and providing support for climate-vulnerable communities to overcome the range of barriers that prevent their adaptation.

While COP26 arguably underdelivered in many areas, including in its ambitions to be the most inclusive COP ever, many of the outcomes of COP26 are positive steps forward. What remains to be seen is the extent to which talk at COP26 will really turn into action on the ground. We echo the IFRC who commented that: “COP26 represents a small step in the right direction. What the world needs is a massive leap.”

PlanAdapt will be eagerly paying attention, while continuing to collaborate, innovate and work with our partners to strive for a world where adaptation is socially inclusive and economically just.