The impacts of climate change on our way of life are becoming evermore clear every day. The impacts on the natural environment and the ecosystem services upon which we depend is no different. Ecosystem services (supporting, provisioning, regulating and cultural) are central to human existence, yet threated by human actions in the water, on the ground and in the air. Paradoxically, we are undermining the same systems that require strengthening to help humans respond to today’s global challenges, such as climate change. 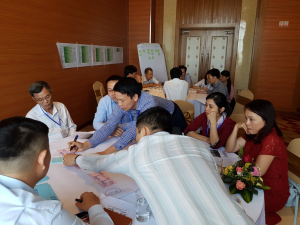 Fortunately recent years has seen an increase in support for Nature-based Solutions to respond to global challenges, including climate change. In 2016 IUCN's members adopted a resolution (WCC-2016-Res-069-EN) at the World Conservation Congress defining Nature-based Solutions (NbS) as “actions to protect, sustainably manage and restore natural or modified ecosystems that address societal challenges effectively and adaptively, simultaneously providing human well-being and biodiversity benefits”. Oxford University’s Nature-based Solutions Policy Platform states that 66% of Paris Agreement signatories include NBS in their Nationally Determined Contributions (NDCs). And next year marks the start of the UN Decade on Ecosystem Restoration (2021 – 2030).  The paper work is in place. The time to act is now.

With the range of NbS approaches PlanAdapt embraces Ecosystem-based Adaptation (EbA) as a critical component to any adaptation strategy. EbA, as defined in the Convention on Biological Diversity (2009) is “the use of biodiversity and ecosystem services as part of an overall adaptation strategy to help people to adapt to the adverse effects of climate change.” The EbA approach builds on existing adaptation and conservation practices such as, inter alia, Community-based Adaptation (CBA), Community-Based Natural Resource Management (CBNRM) and the Landscape Approach. A novelty to EbA is it use – and recognised importance – in cities. Urban EbA provides communities, municipal planners and decision-makers with potential low-cost natural options to harness urban ecosystem services to manage climate risk today and in the future. 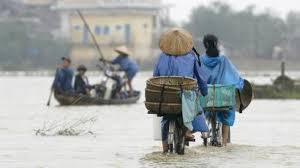 In collaboration with GIZ, PlanAdapt, working through NIRAS-IP,  supported the Government of Vietnam at national, provincial and municipal levels to analyse and assess potential urban EbA measures for Dong Hoi city.

The GIZ project, “Support to Vietnam for the Implementation of the Paris Agreement”, aims to assist the Vietnamese government with the implantation of its National Determined Contributions (NDC) and the Paris Agreement. Activities include demonstrating measures to reduce greenhouse gas emissions and strengthening resilience to the negative impacts of climate change, including through urban EbA.